← The value of one
Appreciation → 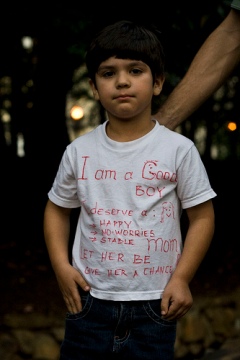 The Occupy movement from afar seems a bit disorganized and nebulous, but it speaks volumes about a generation of U.S. citizens and their staunch disapproval of corporate establishments and the wealthy. Beyond Wall Street, city by city Occupy protesters are taking their message to streets, government buildings, and just about any other place where their cause is able to resonate. I’m by no means endorsing the movement, but these disgruntled citizens should not be ignored nor labeled as kids, hippies, or uber liberals because there are some interesting underlying subtleties in this grassroots effort:

1.  College grads are on the front lines of the Occupy movement. When you factor in unmanageable student loan debt, lack of jobs, and unrealistic pressures from loan companies, some are starting to question the effectiveness of their college degree. Everyone’s aware we are in the midst of economic uncertainty, but so many are unable to find even the smallest opportunity- let alone a job in their chosen field. They’re filled with what seems like a broken promise. It’s even an uncertain time for entrepreneurship and small business. So, what better to do with their spare time than to pick up a picket sign, take to the streets, and point out obvious flaws in the system.

2. Millennial and middle class citizens are worried. Their (our) future is in jeopardy, the thought of the American Dream has changed drastically, affordable health insurance (probably not), financial/job security (yeah right), owning a home (pipe dream).  The reality is that living check to check is becoming the new norm for many individuals. Their seems to be a definite general consensus from the middle class and millennial segment of population, they feel they’ve carried the burden far too long. Now with the Occupy movement, the powerless suddenly have a stage, a voice and a lightening fast PR outlet with the help of social media.

3.  (Disclaimer: I hate talking politics publicly, I’ll remain totally neutral in this section) Politics as usual, no more. No one is certain what role these “Occupy-types” will play in the upcoming elections. According to one person that I know personally, who is involved with the Occupy movement on a local level, believes that politicians who protect the corporations and the wealthy are unsympathetic to the pain and pressures facing middle America and millennials. Needless to say, being perceived as “out of touch”, promoting further disparity, and polarization aren’t benefits for political hopefuls.

As of recently, we’ve seen comparable demonstrations displayed in countries overseas. Similarly, I don’t feel U.S. Occupy activists are searching for a hand-out, just relief and a structural change. It’s unknown how this thing is going to end and the long-term effectiveness of the Occupy movement, but it’s something to take note of ahead of the upcoming political season.

← The value of one
Appreciation →