← Reflections of 9/11
Confession of a millennial workaholic → 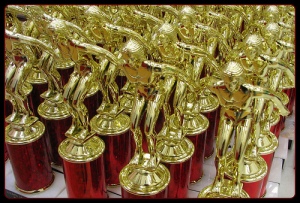 When you think about R&B, classic artists such as Anita Baker, Barry White, or The O’Jays may come to mind. It’s amazing how their music from the 60’s, 70’s, and 80’s remains relevant and still sounds pleasing to ears today. The music director in me loves to research listener behavior and patterns. So, I spent some time snooping around my 12 year old niece’s iPod and shockingly found a number of classic R&B songs in her mix with newer titles. I even discovered some Michael Jackson tracks that I forgot about! My logical guess is that she was exposed to their music through her parents/grandparents, who fall within the core Adult Urban age cells. Although very few R&B songs these days are able to stand the test of time, I’d say the genre of music is healthier now than it’s been in a while. Consider this my version of R&B Grammy nominations..I list them, you decide?

2011 Golden Stars category: (These are the top 4 artists who have made major impressions on R&B fans this year)

1. Jill Scott- After preforming at the Essence Music Fest, she admitted that she was surprised by her own success. Her 2011 CD “The Light of the Sun” stayed on top of Billboard R&B/Hip Hop chart for 12 weeks and even peaked at the number 1 spot on Billboard’s Hot 200 as well.

2. Anthony Hamilton– Jill Scott & Anthony Hamilton are currently on tour together and compliment each other very well. With their popular duet “So In Love”, you’re almost convinced that they’re actually a couple in total bliss (much like Tammy Terrell and Marvin Gaye from back in the day). His soulful, yet unique sound has landed him several Grammy nods in recent years.

3. R. Kelly– Every year R. Kelly adds even more definition to his musical persona with each release. Unlike the “Bump N Grind” R.Kelly from the 90’s, he has proven in 2011 he can handle inspirational music and traditional R&B ballads extremely well.

4. Jennifer Hudson– She proved to the world that despite her tragic family setback and recent motherhood, she’s still in good spirits and is continuing to use her God given talents to entertain her fans.

2011 Growing Stars category: Ledisi, Anthony David, & Marsha Ambrosius– all of these artist are making a name for themselves with their solo careers and actually opening for many high profile concert acts nationwide.

2011 Honorable mentions category: Kirk Franklin– although a contemporary gospel artist, he has major crossover appeal and huge success with the single “Smile”. Musiq Soulchild– personally speaking, his stronger days were in the early 2000’s but he’s still a relevant player on R&B scene. Fantasia– despite her personal drama, she’s managed to drop some hot new tracks with subtile lyrical content that reflects her internal struggles (that many others can strangely relate to).

2011 Silent stars category: Jazmine Sullivan, India Aire, Ruben Studdard, and Raheem DeVaughn. Where are these artist?? Find them and let them know there’s still room for them and as we approach winter their tendency to produce ballads could land them high on the charts.

2011 Comebacks category: Kelly Price– after a major weight transformation, her sound is still as beautiful today as it was when she first came out in the mid-90’s. Raphael Saadiq– his vocal styling stood out with the group Tony! Toni! Tone! in the 80’s, he has recreated that sound and remerged as a fan favorite with his vintage sounding music. Charlie Wilson– he’s the life of the party and everyone loves Uncle Charlie. A lot of artist (even outside of the R&B spectrum) have collaborated with him and Charlie Wilson is doing well solo this year.

2011 Lifetime Achievement Award: Sade. After nearly 10 years away from music, it’s more than obvious that she left her followers with a void. Her craved fans welcomed her back on the scene instantly when her “Solider of Love” CD dropped. Sade has sold out shows all over the country with her recent tour and her loyal fans collectively have spent 3.5 million dollars in concert ticket sales placing her in the Top 5 grossing concerts of all-time.

2010 All-Stars: Maxwell, Alicia Keys, Beyonce, & Mary J. Blidge– no wonder we haven’t heard much for these talents,  each of these artist released hugely successful CD’s in 2010. Many Adult Urban radio stations and satellite channels are still providing them with recurrent spins to this date from their smash singles last year.

← Reflections of 9/11
Confession of a millennial workaholic →